I had been hoping to run into Charlie again for a few weeks now: I had a print of his portrait from “Faces of Kissimmee, #2” to give him that I had been carrying around in my backpack. When I saw him sitting and chatting with another man, I thought it might be a chance to capture a new street portrait, too.

Joshua was seated such that deep shadows were behind him, while the morning sunlight was striking his face. It was the perfect setup, and one I thought would allow me to really capture him in an accurate and telling way. Joshua granted my request to take his photo, so I quickly dropped to one knee and took the shot. I love it when things just naturally and effortlessly work out. I also realized that all three photos captured that day were of men whose names began with the letter “J”; an interesting coincidence. 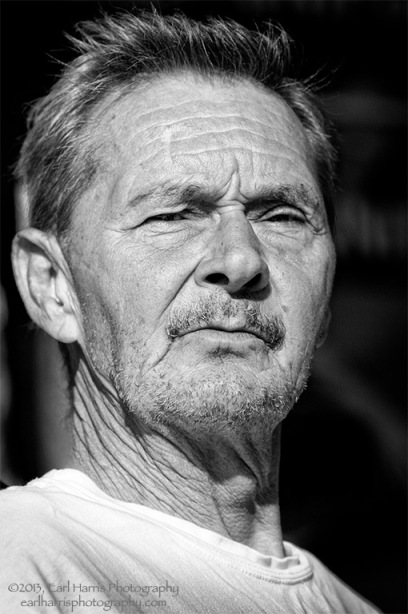