Ours is not to reason why
the time’s so short.
We live, we die.

It’s pretty clear that this angel has held its post as a faithful graveside companion for many years. It’s undoubtedly been time enough to conclude there are some mysteries that don’t have a solution small enough for the mind of man to conceive.

If you enjoyed today’s post, please share it with somebody. There are buttons below that make this super easy to do. Thanks!

Today’s photo is another grave image from the local cemetery. This baseball sits at the base of a large granite headstone for a young boy. I believe it was left here as a memento in 1996, a conclusion I’m basing on what appears to be a “96” written under the part of the inscription visible in the photo. If that’s correct, then I’m puzzled how it has held up so well in the Florida sun and rain. Gifts like this seem to represent acts of healing; coping with having to let go. I get it.

In the months that have followed James’ death from cancer, I have more than once shed tears over having neglected to place in his coffin a photo of Skoshi, his beloved Siamese “shadow” (for she definitely was “his cat” and stayed inseparably glued to his side). I would also like to have placed the favorite book we had in common, Ellen G. White’s The Desire of Ages. (I know of at least 5 times he read it over the years we shared together and that he’d also read it several times before that.) I know that ultimately, I would have been the beneficiary of putting these items by his side, not him. Grief is a quickly mutating monster that operates outside of logic. And regret is a special hell when mixed with a large portion of shattered dreams and a splash of words unspoken. Shaken and stirred, you cope as you can. 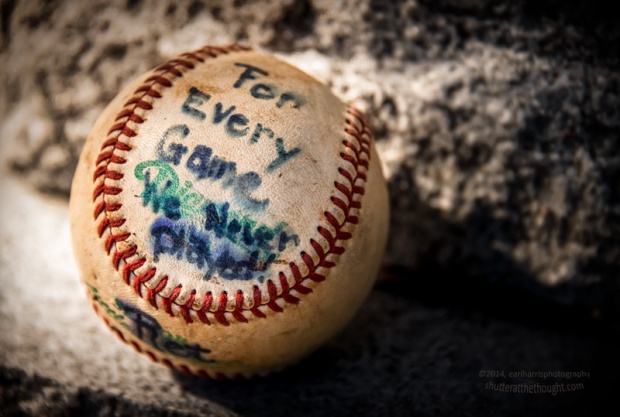 “The man walked past me and stopped, observing the blood running down my neck.

“Your injury. Let us tend to it.” He looked out through the open doorway and silently gestured to someone out there. “Our world,” he said, “is far more advanced than yours. For reasons you’ll understand shortly.”

A thin, bony, naked woman entered the room, carrying two small, white kittens. She sat one of the fluffy cats in my lap and stuffed the other down my shirt. She turned and left.

“There,” said the large man. “The kittens will make your sad go away.”

Please vote for this blog in the Cool Photo Blog Awards – just click here and it’s done. Many thanks for your support!

“I want to know if you can see Beauty
even when it is not pretty every day.”
— Oriah Mountain Dreamer, Canadian teacher and author, excerpted from the poem The Invitation

Today’s photo is another in the new series I have spontaneously found myself working on, and which I’m calling A Grave Image. Let me know what you think. 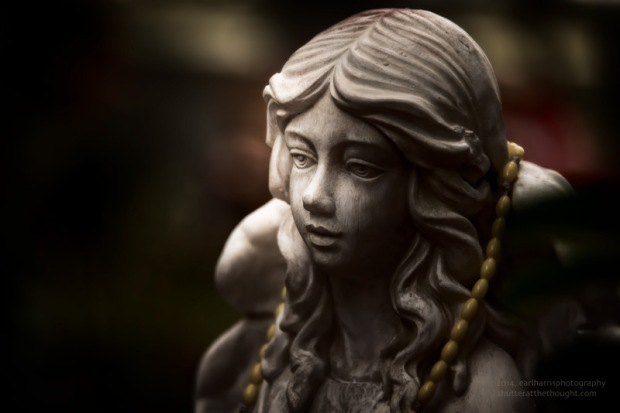 If you enjoyed today’s post, please share it with somebody. There are buttons below that make this easy to do. Thanks!

Details of my social life

You’ll find me on Instagram at @earlharrisphoto, posting photos captured and edited on my iPhone. I am posting a lot of photos of cats there, too. #herekittykitty #instagramcats

I’m tweeting and Twittering at @earlharrisphoto

“Stand Up Tall: To become a real boy you must prove yourself brave, truthful and unselfish.”
– Pinocchio

You’ll find me on Instagram at @earlharrisphoto, posting photos captured and edited on my iPhone. I am posting a lot of photos of cats there, too. #herekittykitty #instagramcats

I’m tweeting and Twittering at @earlharrisphoto